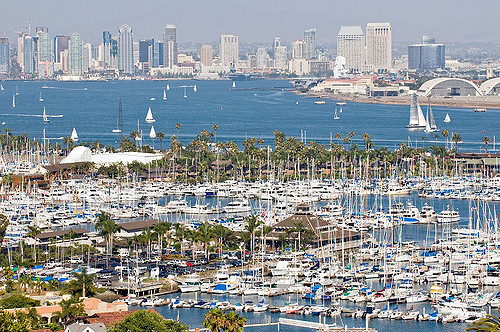 The White House has named San Diego a TechHire city, recognizing the city’s efforts to train people for software development and other new, technology-focused jobs.

Mayor Kevin Faulconer made the announcement.

Through the TechHire initiative, several public and private entities are working to help more than 1,000 youth and young adults begin their careers in coding and cybersecurity. That group will also include 150 veterans, Faulconer’s office said.

Teaming up with the city are the San Diego Workforce Partnership, the Cyber Center of Excellence, CyberHIVE and the San Diego Community College District.

In TechHire communities, local business and civic leaders “commit to create pathways to tech jobs for workers from nontraditional backgrounds, give people the chance to get hired based on their demonstrated ability rather than their written resume and expand accelerated tech learning programs, such as coding boot camps,” a city statement said.

Federal Department of Labor grants have supported TechHire projects in other cities and might be available to San Diego in the future.