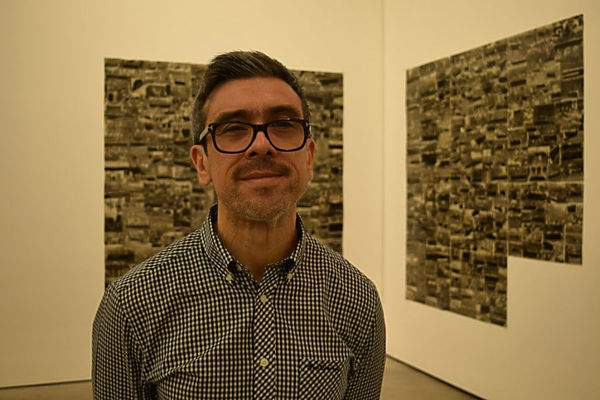 Caesar’s restaurant, housed in a historic building on the main Avenida Revolución here, is bustling on a recent Wednesday night.

Outdoor seating is at capacity, a small scrum of diners vie for the hostess’ attention inside, and whispers filter throughout the dark wood-beamed and classically tiled rooms that an important politician is currently dining toward the back.

It’s a big change from just seven years ago, when the venue – and the city – were better known for cheap booze, nude dancers, and soggy nachos. And Caesar’s transformation is representative of a much larger cultural shift that has taken place here over the past decade.

“Tijuana was long considered a place where you go to be sinful and escape,” says Fonna Forman, who teaches political science at the University of California, San Diego, and co-directs the Cross-Border Initiative there. “People hadn’t taken it seriously since World War II.”

Ever since US prohibition, when upscale – and decades later young and rowdy – Americans would cross the border to gamble and imbibe, tourism has been the lifeblood of the city.

But a series of events in the early 2000s put that model in peril.

Following the Sept. 11 terrorist attacks, border controls tightened and crossing times between San Diego and Tijuana nearly quintupled. Not long after, Tijuana faced a spike in drug cartel violence – with shootouts overtaking busy intersections and public spaces and an uptick in kidnappings – leading many to move away and international governments to warn against travel here.

Restaurants and clubs – like the predecessor to Caesar’s – shuttered, and the city’s long-rowdy main drag became a ghost town.

But instead of looking north for ideas on reviving Tijuana, as had long been the custom, many here stopped and looked around their own communities for inspiration, says Raúl Cárdenas Osuna, founder of an artist collective in Tijuana that focuses on food and community development. A tough police chief took on the cartels head on, and an active arts and business community sent a strong message of taking back the streets.

It’s led to a renaissance of sorts, with eyes from the international art and culinary community homing in on Tijuana as a hot spot to visit for cutting-edge artwork, gastronomy, and culture.

“As it became harder to cross north, [creative people] in Tijuana basically took their city back,” says Ms. Forman. “Tourism was dying, but they said, ‘We don’t need tourists. We don’t need to go north to build our future. We will rebuild our city on our own.’ »

That was certainly the case for Julian Plascencia, whose family has a long history in the food and hospitality industry in Tijuana, and more recently in San Diego.

Mr. Plascencia left Tijuana in 2002, and many in his family followed close behind in 2004, with violence getting particularly bad between 2007 and 2010. Kidnappings were on the rise, and so were threats of bloodshed and extortion. But his time abroad made him realize Tijuana didn’t have the reputation he felt it deserved.

“At a certain point it’s just not funny anymore when you go to Spain, Israel, Cuba, and people say, ‘Tijuana? Isn’t that really dangerous? Is your dad a gangster? Is your mom a prostitute?’ ” Plascencia says. “It brought out this burning desire to be proud of Tijuana…. That was the global perception, and we are so much more than that. We just weren’t valuing ourselves and what we brought to the table,” he says.

“I started to see it as an opportunity,” he adds.

When he and his family learned that Caesar’s – a historic building that got its start as an upscale restaurant during prohibition but had been run as a table-dancing establishment from the 1990s until 2009 – was shuttered, they took it as a sign. They tried to recreate the spirit of the Caesar’s that was housed there in the 1920s, digging up old banquet menus and using some of the previous French and Italian influences in their current food offerings, putting out white table clothes, and catering to locals.

“Tourism was gone completely, and locals thought we were crazy. People came … out of respect,” he says. Most, he adds, said they hadn’t been to this part of town for 10, sometimes even 15 years.

But it wasn’t just big-name restaurateurs turning a difficult situation into a new opportunity for success. Tijuana’s shift – for many out of pure necessity – happened across socioeconomic levels.

“Suddenly, you started seeing people setting up tables outside their homes or on corners selling whatever,” says Mr. Cárdenas, the artist collective founder. “Your family has land with olive trees in Valle de Guadalupe? Now you’re learning to make and sell olive oil.”

“These are people that used to sell to foreigners who paid $1 for a burrito and wanted to hear someone who spoke like Speedy Gonzalez. But that didn’t make sense anymore. That was over. People started asking, ‘Who are we cooking for now?’ »

The answer, he says, was: “You’re cooking for your neighbors.”

Tijuana is largely made up of immigrant communities, not only from states across Mexico, but from countries like China and the United States. That diversity came into play in the food world once the target diner changed. “In Tijuana, you expect the unexpected,” Cárdenas says.

During this period, a culinary arts school was founded, and in recent years food from Tijuana and the state of Baja California has come into the spotlight, with restaurants opening in chic corners of Mexico City and abroad.

Tours of the unconventional

But it wasn’t just the food sector that played a part in reclaiming Tijuana. Low rents meant more youngsters – from both Tijuana and across the border in neighboring San Diego – could experiment with business ideas and creative ventures here.

A handful of passageways off of Avenida Revolución today are covered in elaborate murals and public art facing small shops, vegan cafes, independent theaters, and boutiques with handmade gifts. Plascencia and his family launched a number of festivals – including one focused on blues and jazz and another on the famous Caesar salad that many claim was invented here – in order to draw more locals downtown.

Tour companies started popping up, taking international tourists on treks to try unconventional street food, check out the tableaux of burgeoning artists underneath squat highway overpasses, or venture outside the city where vintners are putting Mexico on the map.

Pedro Ochoa, director of the Tijuana Cultural Center, says art and culture have always been a central part of the city. But for decades, he says, many in the international community have dismissed or overlooked it. Today, “visitors don’t come to Tijuana [just] because we have a lot of artists and galleries, but we have quality: It’s unique, constantly changing, and is influenced by migrants that reflect our social reality.”

Painter and sculptor Daniel Ruanova says he was part of the “generation of artists who fled” Tijuana when violence heated up. “People just dropped out of public life. The tough guy image we had for ourselves in Tijuana crumbled. We were dying of fear.”

But the more established artists like Mr. Ruanova, who left to take residencies abroad or in other parts of Mexico, helped outsiders reimagine Tijuana through their work.

Today, Ruanova is often asked to give tours of the city’s art scene to visitors, including, recently, a group of curious art lovers from San Diego. One thing he has realized, given the attention Tijuana has received as a hot spot for food, art, and creativity in recent years, is the need to manage expectations.

“Tijuana is like a rose growing in a pile of” garbage, Ruanova says. The city itself, by most measures, isn’t particularly beautiful: it feels rundown, gray, dingy.

“You don’t fall in love with the physical space of Tijuana,” he says. “It’s the experience with the people, the culture.”