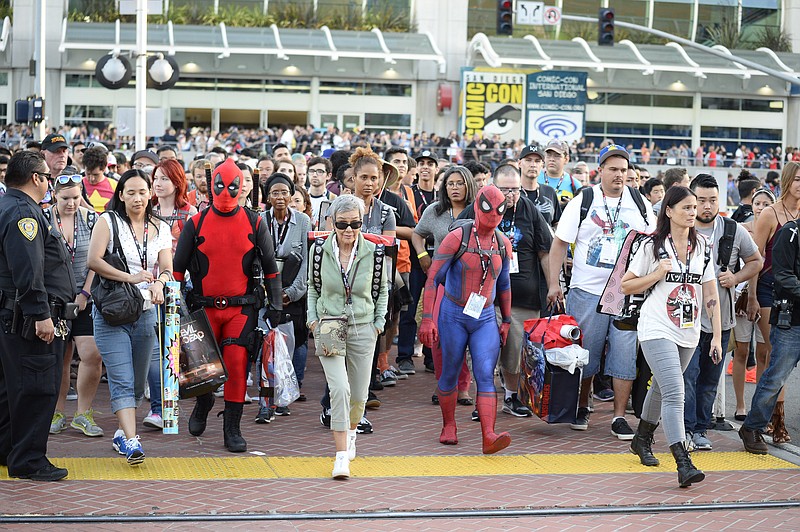 San Diego Convention Center officials said Tuesday they’ve embarked on what they call the biggest series of infrastructure upgrades in the facility’s history.

Eight projects are being funded by a $25.5 million loan from the California Infrastructure and Economic Development Bank, also known as the I- Bank.

Some of the work is already underway or completed, including installation of LED lighting and replacement of a concrete floor in the Sails Pavilion. Other projects involve modernizing escalators, replacing a cooling tower and improving fire safety systems.

The fabric sails that give the center its unique appearance are scheduled to be replaced in August.

Clifford “Rip” Rippetoe, president and CEO of the San Diego Convention Center Corp., said the upgrades are a response to customer needs and to keep the facility competitive. He said the convention business climate is as competitive as ever, and Anaheim is completing the seventh expansion of its facility.

“We’re updating equipment and maintenance and doing repairs that are crucial to the business model that we have,” Rippetoe said. “These enhancements are necessary because of the infrastructure nearing the end of its life expectancy.”

Laurie Coskey, chair of the center’s Board of Directors, said 50 people a day are working on center projects, employed by two dozen local contractors.

“We are doing more than just renovating this building,” Coskey said. “We are incorporating cutting-edge technology that improves our efficiency and enhancing the experience of all of our guests.”

Both center officials said organizers of larger national meetings have warned them that they might have to eliminate San Diego as a host city in the future unless the facility expands.

A plan to make the center larger has been held up by litigation, and land that was going to be used for a bigger footprint is no longer available. Rippetoe said there is currently no timeline for getting expansion underway.

The convention center hosted 158 events during the 2015-16 fiscal year, attracting 824,000 attendees who spent $658.7 million at hotels, restaurants and shops, according to a report center officials issued last month.

Their spending generated $23.9 million in hotel and sales tax revenue for the city of San Diego’s general fund, the highest level in eight years. The fund pays for basic municipal services.

Rippetoe said the center is on the way to 70 percent occupancy during the current fiscal year, well above the national average of 50 percent. Sixty percent is the national standard for full occupancy because of the need for move-in, move-out days and holidays, he said.