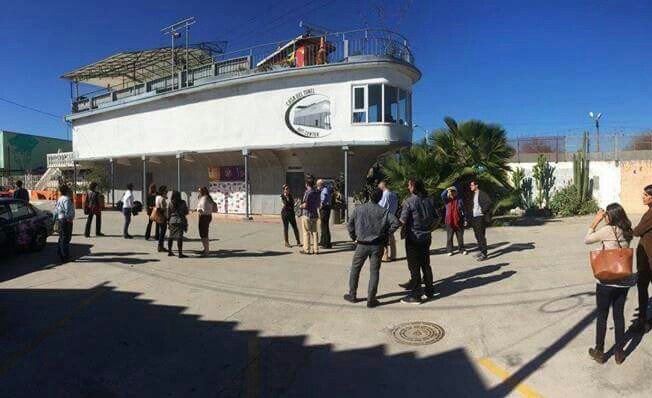 Makeda “Dread” Cheatom believes the world would be a better place if people took the time to learn about and respect other cultures. She believes there would be less prejudice and a greater understanding among people. Learning about different cultures and promoting unity in diversity have been lifelong passions for her.

Makeda has a long history in San Diego. She founded the World Beat Cultural Center 30 years ago and serves as the executive director. She has produced programs and presented artists from wide cultural genres represented within the cultural center. Makeda has received numerous awards for her service to the community. Most notably and recently, she was recognized by the Women’s Museum of California as a Cultural Competent Bridge Builder. In 2012, she was inducted into the San Diego County Women’s Hall of Fame. She is dedicated and committed in her goal of nurturing and raising world consciousness through music, dance, and the arts.

The founder of the World Beat Center in Balboa Park is now embarking on a new venture. In collaboration with other local and international artists, they have opened an art and cultural center, Casa del Tunel, right across the border in Tijuana. Like the World Beat Center, Casa del Tunel will be a place where people of many different cultures can come together to teach, perform, and present traditional forms of art to the world. There will be exhibits and art, dance, and music classes. It will be a binational and multinational collaboration. Enrique Chiu, a well-known local artist, is the art director and Wilner Metelus, a Haitian from Mexico City, will collaborate with them.

Casa del Tunel is also a place for Makeda to engage in her philanthropic side as she envisions it as a place to help support the Haitian and African refugees who have been arriving in Tijuana. She hopes to provide jobs, guidance, and promote their art.

In addition, she has been collecting donations in both San Diego [this writer rallied her friends and donated 10+ bags] and Tijuana of warm blankets and clothes, towels, non-perishable food, etc. The donations are kept in storage at Casa del Tunel and then go to various shelters that serve the needy in Tijuana. These shelters have been inundated with an influx of Haitian and African refugees, including Movimiento 2000 and Madres y Familias Deportadas. Casa del Tunel strives to be both a practical and artistic haven for many.

The history of the place is very interesting. The building is located right across the border in La Colonia Federal. It was originally built in the 1950’s by a man named Gabriel Moreno Lozano. He was a lawyer, Renaissance man and a legendary person in Tijuana. In his later years, unbeknownst to him, a tenant dug a tunnel (approximately 150 ft.) under the house across the border to a parking lot on the US side and engaged in illegal activities. In 2004, the tunnel was discovered and all parties responsible were caught, arrested, and imprisoned.

Today, after three years of litigation, the owners, heirs of Moreno Lozano, released the building and decided to provide the space to COFAC [Consejo Fronterizo de Arte y Cultura] for the establishment of an international center for the arts. In this way, they honor the life and memory of Gabriel Moreno Lozano, who was a lover of the arts.

Tijuana has developed a vibrant art scene, and Makeda would like to raise more awareness of this scene. She wants to encourage patrons and groups on the US side to cross the border without fear and plans on having tours of not only Casa del Tunel, but also other art galleries in Tijuana.

A woman with a good heart and a nonstop schedule, Makeda hopes to be the voice of the voiceless and raise a multicultural awareness through art on both sides of the border with World Beat Center and Casa del Tunel. 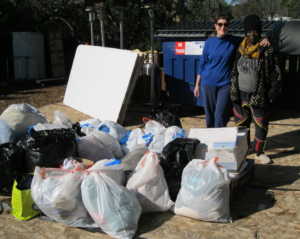 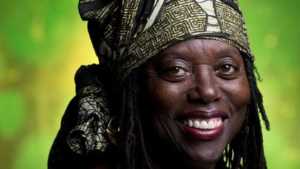 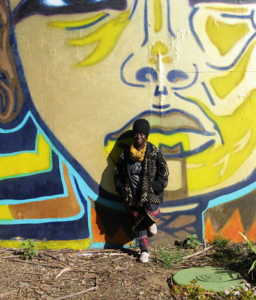