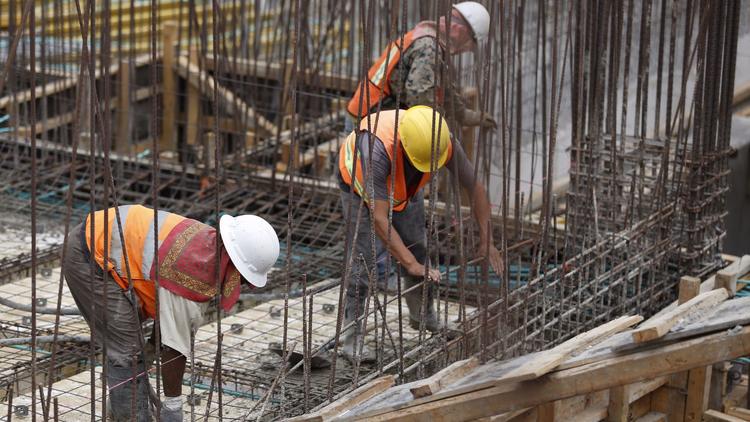 Tijuana is in one of the biggest residential building periods of the last decade and, despite some possible plans under a Trump presidency, most industry watchers aren’t worried.

The Mexican border town has benefited from its proximity to San Diego County and the American dollars many of its residents earn.

Roughly 2,000 condos are being built over the next two years in Tijuana and real estate agency Probien, which is handling much of the sales, says about half the buyers are Mexicans who work in California.

Sergio Gonzalez, business developer for Probien, said Trump’s triumph would not stop Tijuana’s growth and instead presented a new opportunity for those paid in American dollars to get more for their money in Mexico.

“We see it as a positive thing because there’s nothing we can do about it,” Gonzalez said. “A Trump (presidency) cannot stop so many projects.”

Many Tijuana residents are worried about growing numbers of U.S. deportees ending up in their city, what ending or retooling the North American Free Trade Agreement could mean and the implications of a new border wall.

However, he said the affordability for homes for Mexicans, especially new condos in Tijuana, is still unclear.

“The challenge is going to be to get warm bodies that can afford these homes into these units. I think that was a challenge on Monday and a challenge on Friday,” London said. “There’s very little historical basis to understand whether high-rise condos can sell in Tijuana.”

For Mexicans in Tijuana without a job in the U.S., the ability to buy one of the new condos could be tough if current trends continue. The peso has continued to drop to record lows since Trump was proclaimed winner. It hit 21 pesos per dollar on Friday afternoon, dropping roughly 13 percent since Tuesday night.

On the American side of the border, some economists have suggested investing in Mexico is cheap now, with the theory the peso will eventually go back up.

New condos in the Mexican city are going for around $200,000 to $300,000, which is much less than what the average new condo is going for across the border in San Diego County. Still, Probien says Americans make up less than 2 percent of sales.

Considering Tijuana already has a wall on the border, most in the industry said any border wall construction by Trump will probably not affect them.

Much of the funding for Tijuana’s new development is coming from Mexico City, as opposed to foreign companies. Even with a reduced peso, Probien’s Gonzalez said the pent-up demand for housing in Tijuana would keep investors very interested.

One of the biggest investors in Tijuana, Mexico City-based Artha Capital, did not respond to several requests for comment. The private equity firm is the developer of Bajalta, a 63-acre development in the center of Tijuana with 400 condos.

Bajalta is proposed to include four residential towers, an office tower, hotel and a mall.

It is estimated more than $100 million will be invested in Tijuana condos over the next three years, according to Hector Bustamante, director general of Bustamante Realty Group.

Bustamante said Tijuana’s real estate market will remain resilient to a Trump presidency because it is selling almost entirely to locals, and the projects are from Mexican builders.

“There is an optimistic future in all stages of real estate development in Baja,” he said. “Tijuana is one of the most attractive cites to invest in all of Mexico and we are experiencing a boom.”

There’s other indication that investment in Mexico under a Trump presidency will not slow.

Jorge Perez, CEO of Miami-based real estate developer The Related Group, told Forbes Mexico this week he plans to invest $100 million in Mexico for luxury real estate developments. Argentinian-born Perez is a personal friend of Trump and a billionaire.

No word on if that investment would include Tijuana, instead telling the magazine he was focused on Mexico City, Monterrey and Guadalajara.