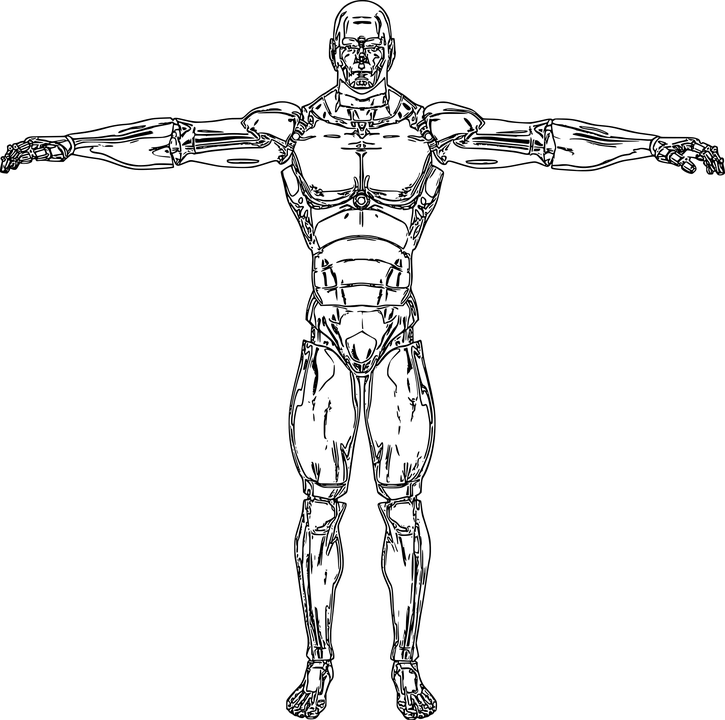 As has been discussed previously in this column, Artificial Intelligence (AI) has become quite successful in defeating human players in games like chess and Go as well as in video games.  Now seventeen members of the Toyota Engineering society have built an athletic robot from scratch.  None of these engineers had any experience building robots, and they all learned from materials they got off the Internet.  Their robot is named CUE and after 200,000 repetitions, it can now shoot free throws with nearly 100% accuracy.  It’s six feet three inches and can make shots up to twelve feet from the basket.  Its skills are definitely better than those of the Japanese team Arvalq Tokyo, a team that is in the best basketball league in Japan.  And the robot’s free-throw average is better than the best free-throw shooter in the NBA: Stephen Curry.  The one drawback is that CUE is presently bolted to a platform and can’t move around the court.  But we can be sure that with the right resolve, that obstacle can be overcome.  And then CUE will be playing a normal game with all the humans.  Or more accurately, a supernormal game, because a mobile CUE will put human players to shame.  The real question is why would people be motivated to psychologically undermine the human race through robots like these.  In physical games, humans would no longer be the winning complex behavioral entities.

Robot basketball players don’t fall into the traditional categories of purposes for modern technology.  They don’t make our practical life tasks more frictionless or more efficient.  And they are so much better than human basketball players in shooting short-range baskets that they don’t even create a situation with meaningful friction where players can find meaningful competition.  The superiority of these basketbots is crushingly obvious.  There is no surprise when the basketbot makes a free-throw.  We know what will happen.  It will make the shot.  And in the process of doing this, it trivializes the capacities of really good human free-throw shooters.  It takes away a lot of the meaning of creating records through extraordinary human performances.  People won’t pay as much attention to what humans can do, if and when robots can do it much better.  As a result human basketball players lose the opportunity to make and preserve meaningful imprints and thus to use their profession to create records that are remembered and that contribute to a personal surrogate immortality for the good players.

And the idea of a basketbot has the potential to totally disrupt the significance placed in great play by human basketball players.  Another disruption of the human narrative as a whole.  So again why do certain engineers feel it necessary to work on a project like this that has such potentially negative consequences?  Perhaps it relates to the experiential effects of all the sensory distortion they have lived with growing up in a modern technological society.  We have talked about the harmful effects of the understimulation from the experiential vacuum humans have tried to create and the overstimulation from the waste products such as overcrowding, acceleration of life including speeding vehicles, noise pollution, air pollution, and light pollution from flashing lights.  In more recent articles, I have focused more on the understimulation of the experiential vacuum, because the overstimulation is so much more apparent and so much has been written about it.  The experiential vacuum has subtle but powerful effects, and it makes people numb.  There are some people who live more readily in their minds, who may be more affected by isolation from an organic living environment, because they don’t naturally produce as many organic stimuli themselves for their own whole physical beings.  I would submit that many people who become engineers would fall into this category, that they particularly would have difficulty making and preserving organic imprints in a living environment relatively bereft of external world organic stimuli.  And they would feel acutely important in their capacity to make imprints of some sort that could be preserved and be part of a personal surrogate immortality.

Building a robot is a way of sidestepping this sense of importance by making an alternate complex behavioral entity that is not affected by numbness and that is capable of carrying on a surrogate narrative, making and preserving surrogate imprints, all of which contribute to an alternate surrogate immortality.  This is what particularly motivates engineers to build athlete robots.  But to a lesser extent, it is what motivates average citizens to watch them play.  There is so much technology that does tasks that people used to do with direct engagement with tools and materials and in direct communion with a more natural environment.  There is less and less that gives people a sense of control a dominance over the phenomena in their external world.  And because people are already predisposed to blurring together with the technology that surrounds them, as a result of the mirroring and modeling that consumer technology in particular provides, a basketbot that shoots baskets with superhuman excellence is a perfect object for identification.  In other words, on a certain level, the member of the audience becomes the super human robot, which becomes a form of compensation for the sense of numbing impotence in the general sweep of his daily life.

All of us are affected to some extent by technology-based numbness, so it is nice for us to be able to use a technological device, like a basketbot, to at least mentally overcompensate and pull oneself into a temporary tension-pocket emotional rush, as we watch a basketbot perform certain basketball skills even better than the best human players.  Unfortunately, the basketbot is still another temptation to live vicariously.  There is a short rush from watching the basketbot, and then there is the down from relying that another technological entity has demonstrated still another prowess that represents an improvement on what humans can do.

We try to blur together with the basketbot, to become the basketbot, or some other complex machine or robot that performs a recreational activity with superhuman ability.  But it proves to be only a temporary escape.  It does not address the central problem of a growing numbness and a growing sense of impotence; as modern technology takes over more and more not only of our daily practical tasks, but more and more of our daily recreational activities.  Less and less is left for us to do.  Will we be seeing basketbots on professional basketball teams?  Not yet because the basketbots are still on fixed bases.  But in the future, there is no reason to believe that mobile basketbots won’t appear.  And another area of human activity that makes a significant contribution to the human narrative will be diminished or eliminated as a result of modern technology.