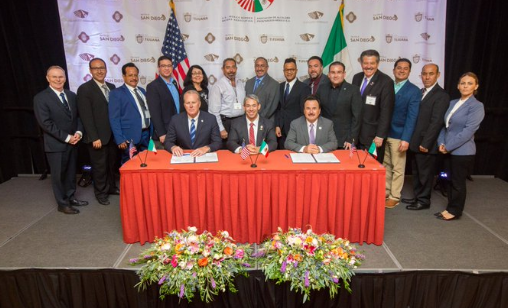 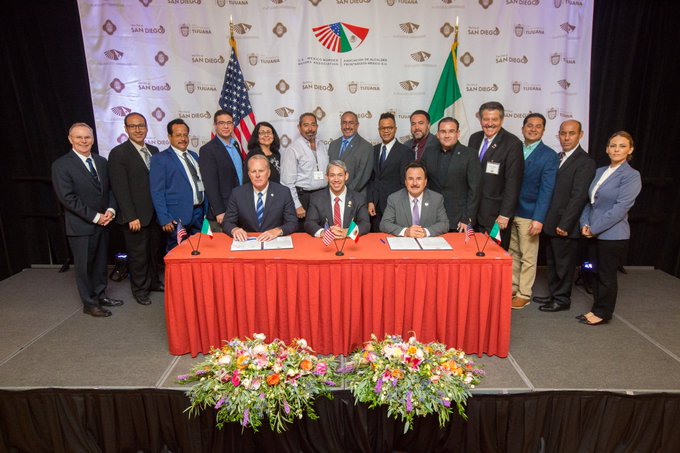 As border mayors, we continue to work together to strengthen relationships with one another and between our two nations. Today’s resolutions call on our leaders to improve trade relations and invest more in our border infrastructure. http://bit.ly/release92118

“By working together, this group of mayors plays a critical role in building bridges between our two countries and showing how collaboration can lead to economic prosperity for the border region,” Faulconer said. “We’ve come together with a collective voice to call on our federal leaders to invest more in border infrastructure and modernize trade regulations as we work at growing the competitive advantage we have as border cities.”

The resolutions call for increases in the legal cross-border flow of goods, services and people as well as modernization of the North American Free Trade Agreement between the U.S., Mexico and Canada. Summit attendees discussed the current state of relations and trade between the U.S. and Mexico, transportation networks and immigration.

“The joint efforts between bordering cities in Mexico and the United States is of vital impotence,” Gastelum said. “Together we can strengthen social and economic development for our region. Especially on issues of border security and infrastructure, as this benefits citizens on both sides of the border.”

Association Executive Director and former El Paso Mayor John Cook helped form the organization in 2011 at the behest of former U.S. Customs and Border Patrol Commissioner Alan Bersin. San Diego’s then-Mayor Jerry Sanders joined the organization prior to leaving office in 2012. Faulconer has revitalized San Diego’s role in the organization, which deteriorated in the years prior to his 2014 election, according to spokeswoman Ashley Bailey.