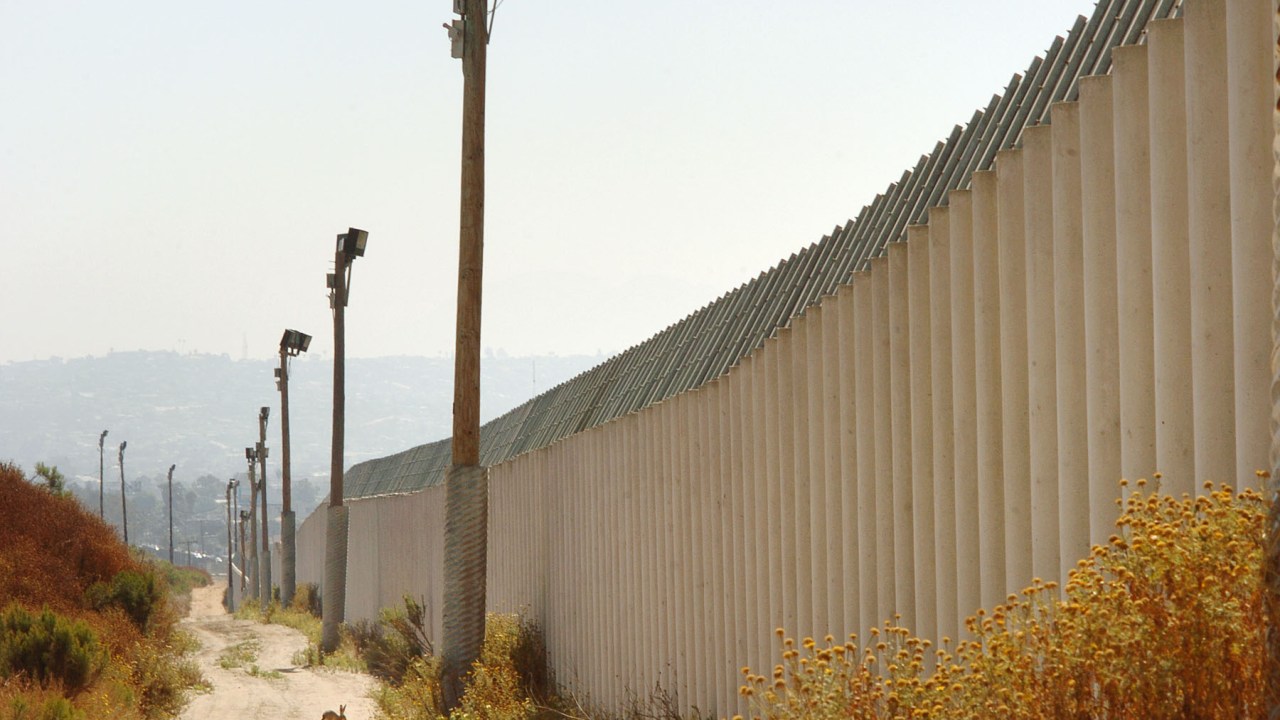 President Donald Trump’s signature campaign promise — to build a sprawling, impenetrable wall along the U.S.-Mexico border — might be months away from groundbreaking and billions short in funding, but some border communities are already grappling with the environmental destruction that the wall’s eventual construction could portend.

“They are using our city as ground-zero for exploration of the border wall,” San Diego Councilmember Georgette Gómez told ThinkProgress.

The wall, which Trump has promised will stretch between 700 and 900 miles, is set to cross federal and private land, cutting through wildlife refuges, national parks, towns, and farmland. Normally, any federal project of such size and reach would be subject to a number of rigorous legal requirements, from the National Environmental Policy Act, which requires agencies to conduct a study of potential environmental impacts of a particular project, to the Endangered Species Act, which outlines requirements for projects that could harm threatened species.

“They are using our city as ground-zero for exploration of the border wall.”

But despite the fact that the wall would run through environmentally sensitive areas, and could threaten more than 100 species along the border, the Trump administration appears set to bypass  laws specifically designed to protect such sensitive environments from development. Already, the administration has quietly begun preparations to construct part of the border wall through the Santa Ana Wildlife Refuge in South Texas, a parcel of federal land often called the “crown jewel” of the U.S. wildlife refuge system. And on Wednesday, the Department of Homeland Security announced that it would be waiving a bevy of legal requirements for a 15-mile stretch of border near San Diego–including cornerstone environmental laws like NEPA, the Endangered Species Act, and the Clean Water Act.

“We are seeing a consistent disregard to even consider the most risky, dangerous environmental impacts,” Raul Garcia, legislative counsel with EarthJustice, told ThinkProgress. “We are talking Clean Air Act, we are talking NEPA, we’re talking Clean Water Act, the Wilderness Act. The list keeps going and going.”

A federal official says the wall will “essentially destroy” a wildlife refuge.

And while even simple prototypes for the physical wall might be months away, the proposal in San Diego represents one of the first substantive challenges for opponents of the border wall. Already, the Imperial County Board of Supervisors–which covers the area directly east of San Diego–has voted to oppose construction of the border wall. And California Gov. Jerry Brown (D) has been an outspoken critic of the border wall, pledging to fight any plan “that violates law.”

But projects created in the interest of national security enjoy a wide variety of legal benefits that normal federal projects do not. It is well within the legal purview of the Department of Homeland Security to bypass environmental requirements if it is done in the interest of national security. In the case of the San Diego waiver, the government is leaning on a 1996 law, known as the Illegal Immigration Reform and Immigrant Responsibility Act, which allows the attorney general to disregard both NEPA and the Endangered Species Act in the construction of barriers and roads meant to prevent illegal immigration. Another law, passed in the wake of the September 11 attacks, also gives DHS the authority to waive 37 environmental, natural resource, and land use laws–from NEPA to the Clean Air Act–in the interest of national security. That law was used five times under President George W. Bush in states along the U.S.-Mexico border.

For San Diego, it means waiving laws for a stretch of the border that runs from the Pacific Ocean east to the Otay Port of Entry, one of three border crossings located in the city limits. According to the Department of Homeland Security, the stretch of San Diego border covered by the waiver is one of the busiest sectors in the country. Citing an “immediate need to construct additional border barriers and roads,” then-Secretary of Homeland Security John Kelly deemed the project in the interest of national security, meaning the project was eligible for more than three dozen environmental exemptions.

But Gómez, who described the area as “sensitive habitat,” worried that constructing fences and border wall prototypes — as DHS has proposed — without conducting an environmental impact study would leave federal, state, and local governments in the dark about potential damage to the region.

“It hinders what we’re trying to do as a city,” Gómez said. “We’ve been investing in healing the environment in that area, so waiving environmental regulations digresses us. We should, just like any other project, review what those impacts could be and try to prevent them. We can only identify those impacts by doing and environmental impact report.”

Waiving environmental laws also means the administration will not be required to meet with stakeholders, like community groups or local governments, in planning and executing a project that has already drawn stiff opposition from a broad coalition of local and national voices. Nationally, more Americans opposeconstruction of the wall than support it. And in San Diego, the same holds true: 48 percent of residents oppose construction of the wall, according to a San Diego Union-Tribune poll from January.

“Clearly the Trump administration will stop at nothing in their pursuit of wasting billions of taxpayer dollars building a wall that isn’t needed,” Rep. Scott Peters (D-CA), whose district includes San Diego, told ThinkProgress via email. “Waiving these laws also shows the Trump administration intends to drown out the opposition from Democrats, Republicans, business owners, and immigration advocates in San Diego that see another layer of fencing in our county as unnecessary and harmful to our community.”

Still, there is only so much the city can do to oppose the wall, and the waivers that seem destined to come with it. Gómez recently introduced a resolution to the San Diego City Council calling on the city to officially oppose construction of the wall; even if the city took such a stance, however, it would not be enough to stop the federal government from going through with its plans. Gómez also said that some within city government are considering creative tactics, like divestment through city contracts, in defiance of the wall.

“As a border city representative it is our duty to stand for what we see as an asset, not a hinderance.”

“As a border city representative it is our duty to stand for what we see as an asset, not a hinderance,” Gómez said. “The border, and our bi-national ties, are an asset.”

From a legal standpoint, Trump’s border wall plan already faces a lawsuit from one environmental nonprofit — the Center for Biological Diversity — along with Rep. Raúl Grijalva (D-AZ), who challenged the project for violating NEPA requirements. That legal argument can’t be applied to the San Diego proposal, since DHS is legally empowered to waive those requirements. But Earthjustice’s Garcia says that won’t stop environmental groups from trying to get creative in potentially challenging the waiver — a constitutional claim, for instance, could argue that the government’s waiver illegally supersedes treaties with other nations or tribal obligations to indigenous communities.

“This isn’t some sort of well-thought out approach to doing things,” Garcia said. “They simply have a goal in mind and they don’t care what communities they are going to harm, so they are giving themselves the liberty to undermine all of those protections that have literally taken decades to accrue.”