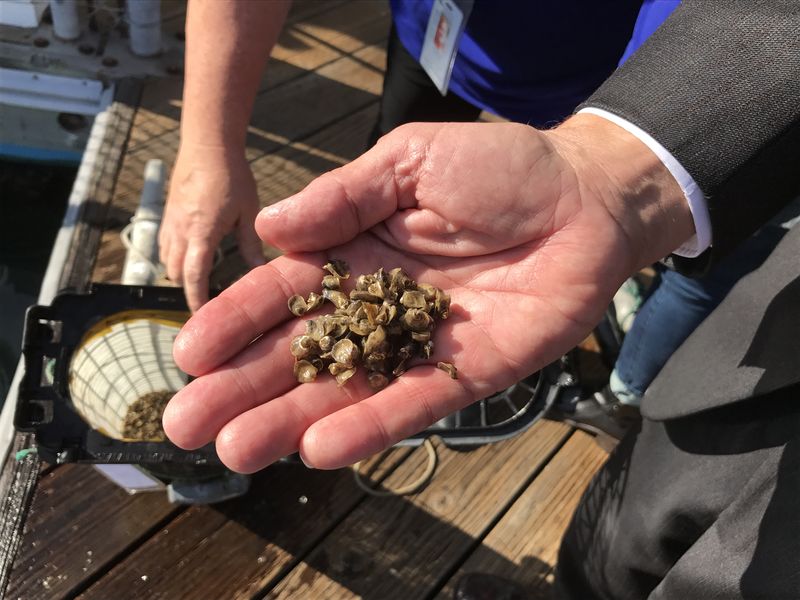 Could restaurants someday serve oysters that originated in the San Diego Bay? Today, the Port of San Diego previewed a ground-breaking project with that goal in mind. Still in the research phase, a first oyster nursery has been installed in the waters off the G Street Pier in Tuna Harbor. Led by the Port’s aquaculture program manager Paula Sylvia, tests are being done to study water quality and determine a health record for San Diego Bay.

The Pacific Oysters are being started by seed and grown until three-months-old. At that point, the juvenile oysters would be sold to mature at commercial oyster farms before making their way back to local restaurants and kitchens. If all goes well, the Port plans to identify six sites for oyster nurseries that will span the bay from north to south and be established by the first quarter of 2017.